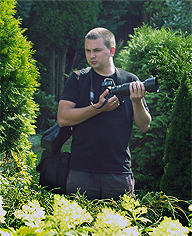 About the author:
BORIS JAROSCAK (JARESO)
I am an enthusiast photographer walking my own path in stock photography genre. Taking photos of landscapes, natural sceneries and animals is what I prefer to do at my spare time. Architecture and cultural heritage pictures such as pictures of castles, historical towns or outdoor museums are my passion too. Although I still feel as an hobbyist photographer, I successfully sell my photos trough world's leading stock photography agencies for years anyway. The commercial success of my photography works was, and still is, really an interesting experience for me since the beginning.
Follow me on: Facebook | Google+ | Twitter | or get in touch using Contact form.
So far 2 people commented this article!
Ya?mur Çakan - (commented via Google+)
1
+Boris Jaroscak Nice very natural :))?
Boris Jaroscak - (commented via Google+)
2
Thank you +Ya?mur Çakan! I am glad that you like it. :)

It is a great if you decided to leave a comment at this article. Please keep in mind that comments are moderated and always checked before they become visible to the public. No sign of spammy activities will be tolerated! However, besides spammy activities, all other types of posts, either negative or positive, are naturally warmly welcome. You may even use your own affiliate/referral links as your website/URL, or inside your message(s) as long as these links will lead to acceptable websites and your comment(s) will be meaningful and on the topic. Thank you for reading and really don’t hesitate to leave a comment here!

Popular articles
Yesterday, I had some fun capturing self-portraits with my camera! :)
I am happy that we have hedgehogs in our garden again this summer!
Don’t look at this photo if you suffer from arachnophobia! ;)
Recently I bought a great mineral photography e-book!
A day spent at the open-air archeological museum (archeoskansen) of Havranok.
Last Saturday I visited my favorite places at the Liptovska Mara lake.
Today, I am in a reminiscent mood, hence I browse my photo archive!
Yesterday, my waterfall post reached 1000 Google +1es overnight!
It was quite a productive day spent photographing in the High Tatras!
One little secret about those much wanted stock image buyers!

VISIT WORLDWIDE / INTERNATIONAL VERSIONS OF THIS WEBSITE
MY PROFILES ON